The first of a planned fleet of eight buses started to run from 18 December 2010 using fuel-cell technology that produces energy from hydrogen and oxygen and emits only water vapour.

The scheme will see eight buses phased into operation by the middle of next year, adding to the 100 hybrid buses already run by Transport for London (TfL). TfL hope the move will help improve air quality in the city.

The buses were designed for TfL by ISE, Wrightbus and Ballard. They will run from a specially built maintenance facility that will include the UK´s largest permanent hydrogen-refuelling station to be maintained by Air Products.

A Still a Carbon Footprint after all

Although the buses themselves will emit no carbon dioxide, the hydrogen will be produced by natural-gas reformation and transported by tanker from Rotterdam, Netherlands, which will give the fuel a carbon footprint.

Air Products was unable to provide information on how much carbon dioxide the hydrogen would be responsible for, but said arrangements had been made to make the process as green as possible.

"The hydrogen will be transported as liquid but then vaporised on site to fuel the buses, which will reduce the number of trips that have to be made from Rotterdam," Air Products spokesman told.

The London Hydrogen Partnership (LHP) - a committee that includes TfL, DECC, Air Products and other firms - plans to create a network of six refuelling sites to run hydrogen-powered vehicles by 2012. 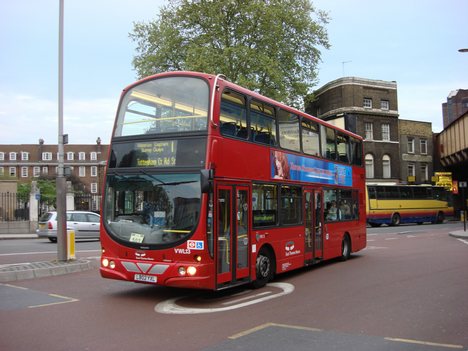